The JNLR radio research for the first quarter of 2017 has been released. Nationally it shows there has been an increase in listenership to 82% or 3,083,000, an increase of 101,000 on the last book and 94,000 on the previous year. It also means that the total number listening to the radio is above the three million mark for the first time since 2015.

It should be noted that there has been a small increase in the estimated population in this survey and there are times when the overall percentage may actually go down in comparison to other books, but the absolute number of people could remain the same or indeed increase in some cases, again, due to the change in universe.

Dublin is looked at separately, but it’s interesting to compare the fortunes of the national reach and the Dublin reach the latter not having seen an increase in radio listenership since 2014 and it’s been on a straight decline since mid-2015.

While the national and Dublin stations in the main improved the local area franchises took a bit of a pounding book on book with only six of the 17 showing an improvement. 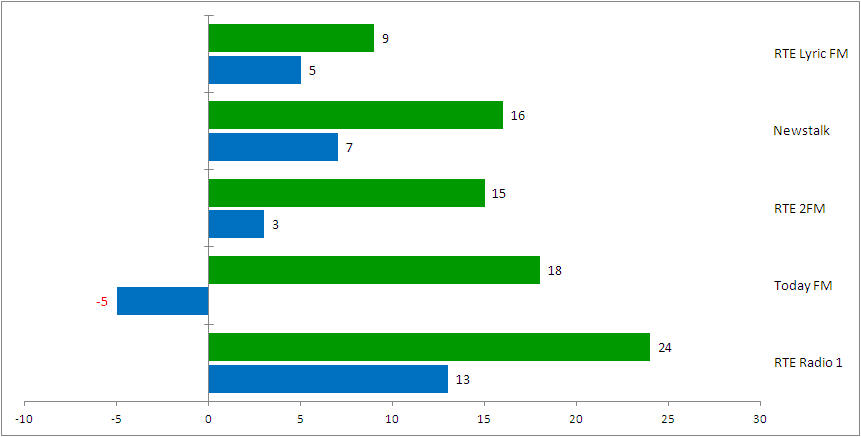 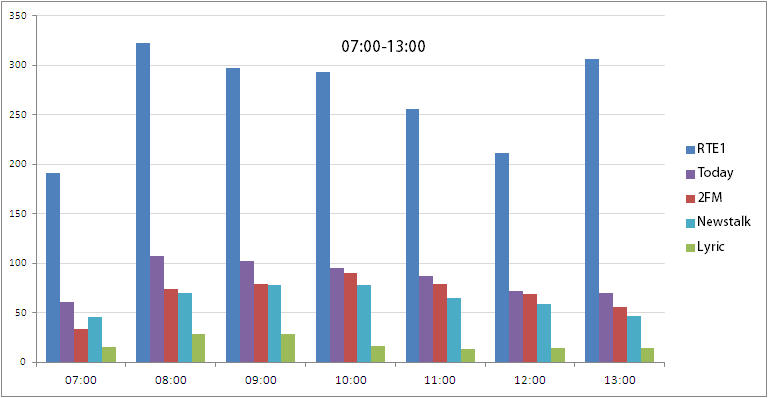