The Sunday Market, like the morning, dropped 6% year on year, down 54,000 to 811,000. Unlike the morning market where there was a somewhat consistency to the declines the papers in the Sunday Market had very mixed fortunes. If falling circulation still manages to get you the title of ‘best performer’, then the Sunday Independent deserves that accolade. It only dropped 3% year on year and all other titles in the market declined by greater percentages.

I’m of the opinion that the Sunday Market is a peculiar creature and some papers will fair ‘better’ than others because of this. The days of the multiple purchases on a Sunday are slowing if not gone altogether and it’s the papers that are held nearest and dearest that will survive the cull (or the “Sunday Slaughter” were you on the back bench of a tabloid).

It would be an interesting statistic, if one existed, to see the number of individuals who still purchase one or more papers on a Sunday, who are still active in the market, as distinct to the numbers of papers purchased on a Sunday which we have here. 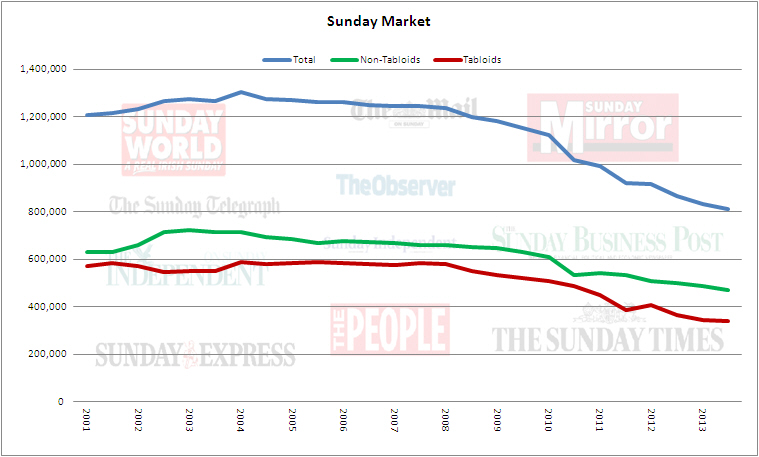 It looks as if, for this year anyway, The Sunday Independent is not being jettisoned from the Sabbath shopping basket, but other titles are in its favour. Likewise for the Sunday World which outperformed a falling market managing a 4% drop (-8,860) to 208,000. The toing and froing that existed between the two titles, where there might be a thousand copies between them ever six months, looks like its long gone with the Indo out in front by 21,000 copies at this point. 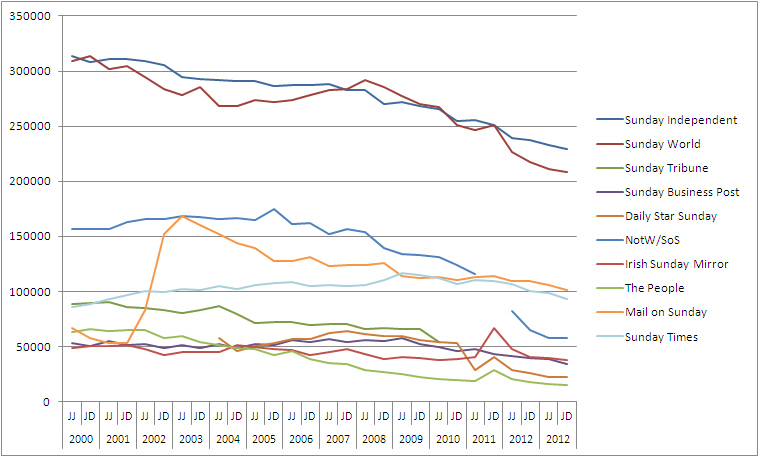 The People and The Daily Star on Sunday are showing 14% declines year on year, but neither make a big effort in the market anyway bar the odd tricolour every now and then and perhaps the obligatory shamrock next month.

The Sunday Business Post made headlines for different reasons last year (and this) and will make them again falling 13% year on year down to 34,000.

Not to put too fine a point on it: the Sunday market is down 6% year on year and 32% in the past five years. 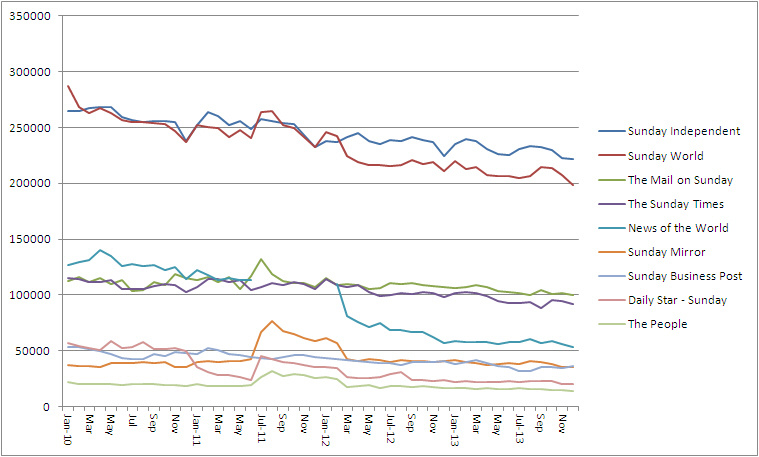