The top selling paper in the morning market remains the Irish Independent selling 102,000 every day down 7,000 (6%) on the previous year. It has nearly 17,000 in multiple copy sales, up slightly from last year, with 83.5% of its circulation figure ‘actively purchased’. The certificate also shows that it has 1,602 ‘digital subscriptions’, so there is a measure of migration in their 7,000 reduction in sales over the year with at least some of that moving to the digital platform.

Its nearest rival is the Irish Times, in at 72,000, down 4,000 (5.5%) on the previous year. It too relies on the multiple copies to the tune of 10,000 every morning – up marginally on last year – and turns in an actively purchased figure of 86%. They also have a digital following, certified at 9,800 subscriptions every morning.

Interestingly their cert gives a small geographic breakdown showing that 734 subscriptions are “Overseas (outside the UK/RoI)”. I didn’t have a preconceived number for their overseas figure but, given the flight of people from the country on the last five years, I thought it would have been higher.

The Examiner stayed this side of thirty with a sale of 30,900. Just over 1,000 of that were multiples and they have an active purchase rate of 96%.

The tabloids had a mixed six months. The Daily Mirror, like its Sunday counterpart, is now in a double digit decline at 12% for the year. The Daily Star was marginally better and back 6% on the year – still above the market decline and The Sun managed a 5% increase in circulation very much with the same arguments I posited for the increase in its sister Sunday title. Between the swings and roundabouts the tabloids as a group showed a 4% decline over the year.

As a group the tabloids market share has declined over the past decade. Having once had a market share of 45% of the morning market it’s now back to a 33% share. In the same ten years they have halved the amount of newspapers they sold collectively. If the market is unkind to publishers, it’s particularly unkind to tabloid publishers. 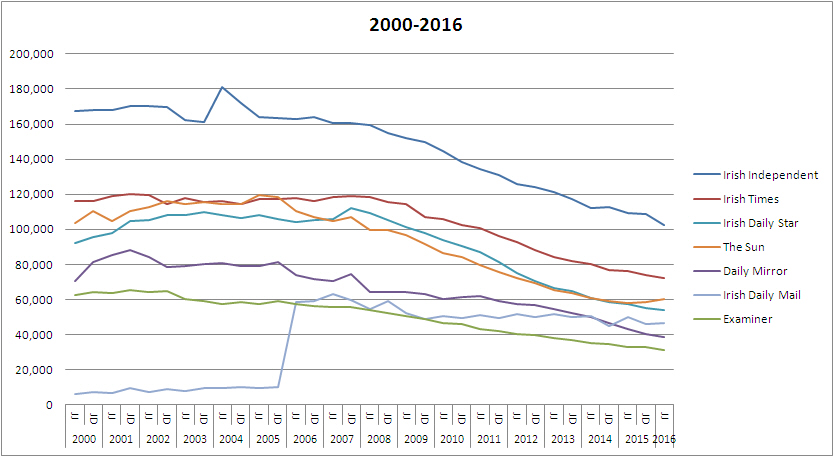 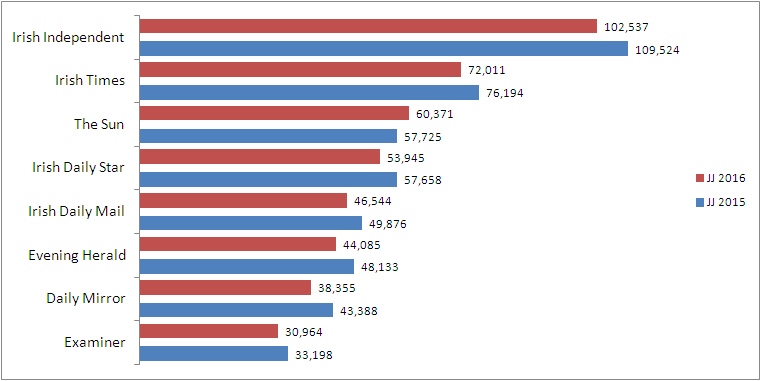