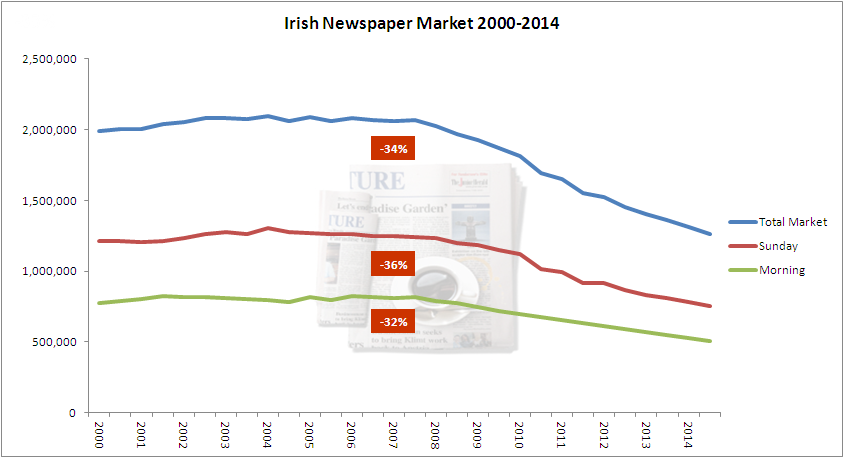 The bi-annual speculation begins in earnest today about the ‘future of print’ with the eventual release of the last of the six-month figures for the Irish Newspapers, today covering July to December 2014. Taking and over view first: over the twelve months the overall market has declined by a further 7%. And both the Sunday […] 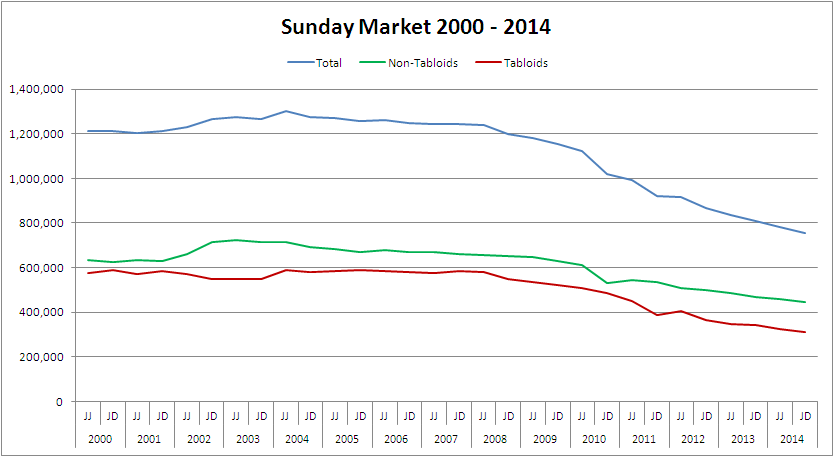 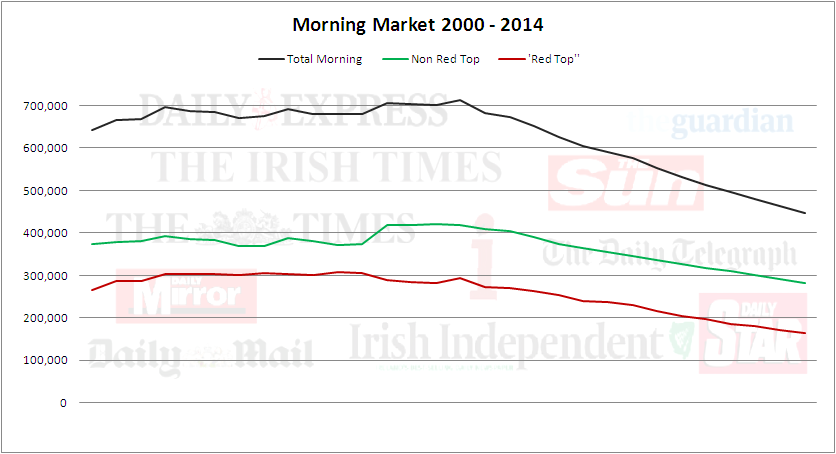 Morning newspapers saw a decline of 7.2% over the twelve months dropping to 450,956 for July December 2014. The three tabloids audited contributed close to half of that decline, dropping 16,371 collectively. The Irish Independent remains the largest selling paper in the morning moving 112,502 copies each day down 4% or 5,000 on July Dec […]