Off the Ball Resignations

The Off the Ball saga that played out last night both on radio and across certain sections of Twitter was very amusing and particular users of the social media service were very vocal is their condemnation of the stance that Newstalk had taken.

If you remove the emotion and replace it with the economics behind the programme, maybe it’s not such a ‘deplorable’ act.

The five man team of OtB resigned en masse on Monday and sought to work out eight weeks notice. The station took another view on this, accepted their resignations but decided that they would not have to work out their notice and would leave immediately. 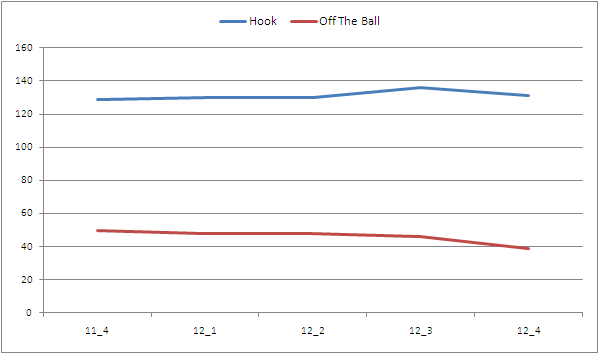 The OtB team had seemingly been in talks with the stations management to see if they could move the programme kick off back from seven o’clock to six o’clock. Now, I’m firmly of the opinion that the station was correct to refuse that request and that the person who devised that plan suffered from a dose of commercial naivety. Resignations

Taking the hour slot that’s currently pulling in 131,000 and making it into a slot with a potential of pulling 39,000 would be commercial suicide, not only for George Hooks program but the overall ratings in the station. Hook reaches 88,000 ABC1’s during his stint, OtB manages 19,000. It’s not that ABC1’s are everything – but a lot of advertisers do like them.

When George Hook signs off, close to 100,000 people decide to do the same and move away from Newstalk (and radio in general it’s only fair to say). So, looking at the quarter hour slots you could conclude that George Hook leaves or indeed gifts OtB with listeners. OtB were asking the station to take an hour off the most successful program in the stations arsenal (in listenership terms) and give it to the least successful! 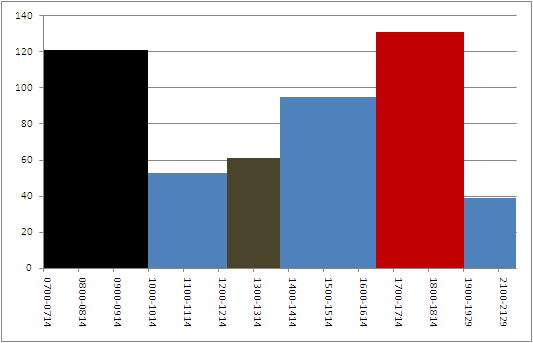