2FM is showing a 29,000 decrease year on year, but, to be fair, if you look at the quarterly charts below you’ll see that it’s a slight improvement book on book and all comparisons here are twelve months to twelve months – not book on book. In percentage terms Lyric took the biggest tumble back 17% or 23,000 listeners. 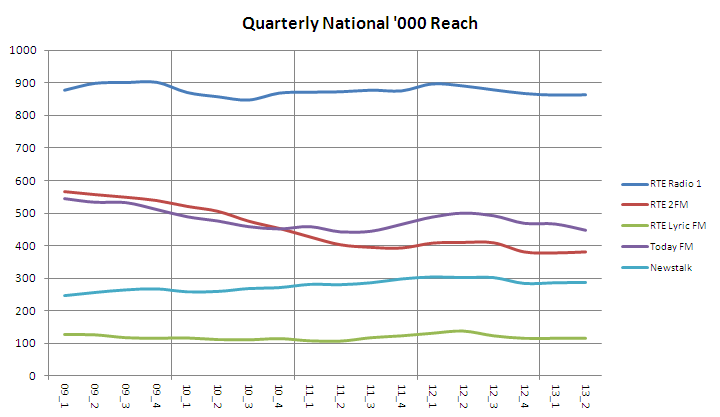 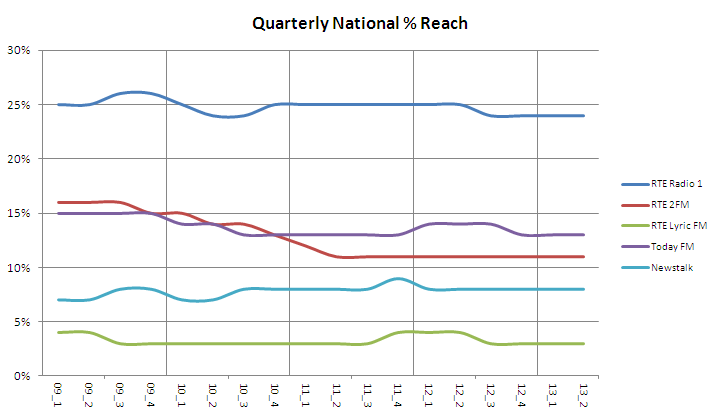 Today FM was the big faller in the survey shedding 52,000 listeners (or 10%) and one percentage point compared to the previous twelve months. But again, in the quarterly trends it’s not as severe a drop (only) 19,000 book on book. Newstalk shows a 15,000 drop but maintain their 8% reach.

The shares of the stations don’t yield anything significant bar the fact they are all down. But the trend for most stations is up or at least stable – bar Today FM. 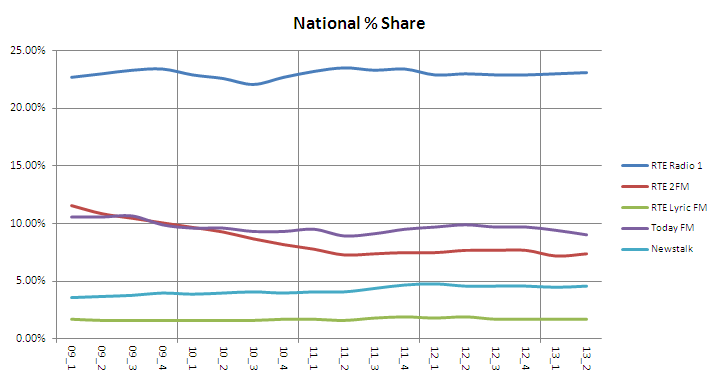 In terms of the quarter hour slots it re-affirms the dominance RTE1 has over the day – literally from dawn till dusk. 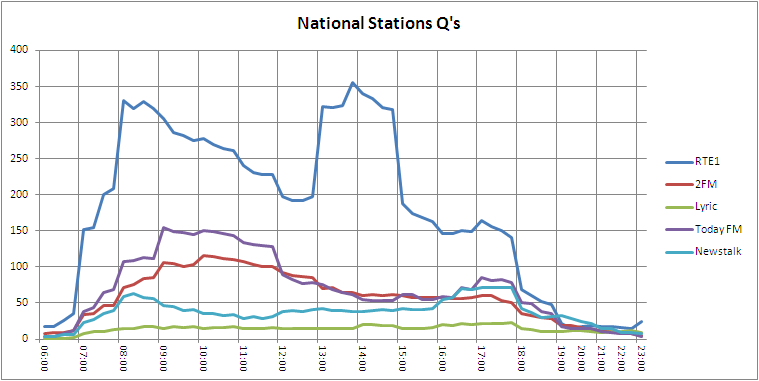 To get a better less cluttered view of the day. we’ll split up the day into parts (one overlapping). RTE certainly getting the better of the morning with Today trailing in second. 2FM only get a look at second when Ray D’Arcy gives up the mike. 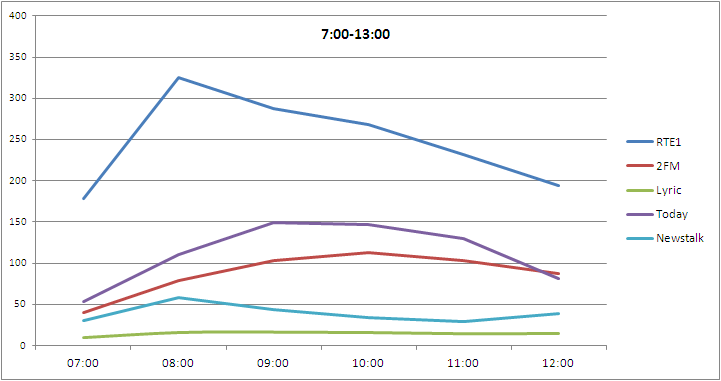 Lunchtime again News at One dominates that period and then Joe Duffy. 2FM keeps ahead of Today for a large part of the afternon. Into the evening Matt Cooper makes a small surge narrowly edging out George Hook. Newstalk start making inroads in the listnership share once George Hook kicks off. 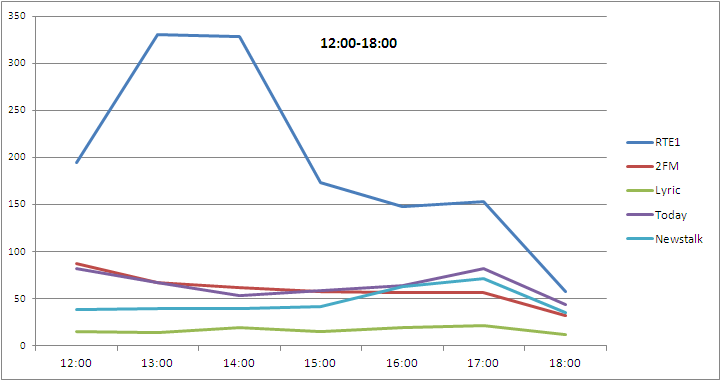 And the latter part of the day is won by Newstalk for a small period of time and then it’s back to RTE1. Numvers are very poor in the small hours as you would expect. 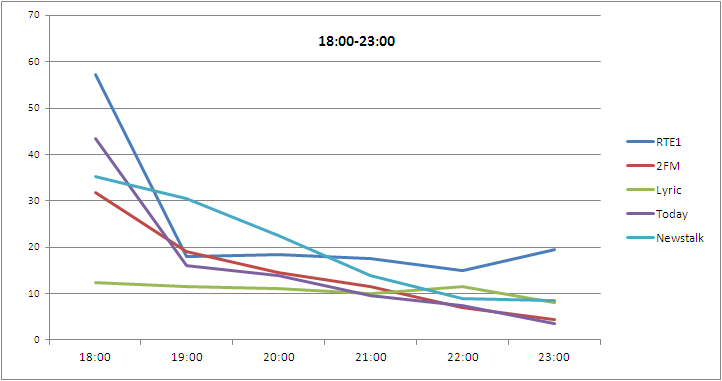