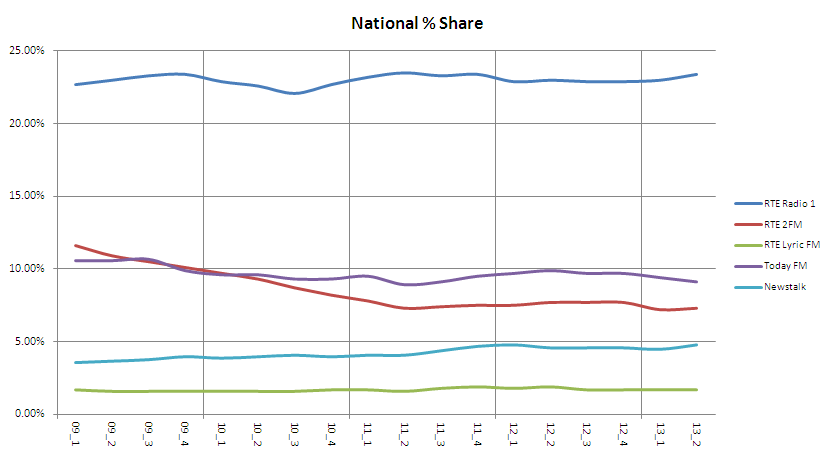 The National picture for radio is still very healthy with 2,995,000 or 83% tuning in on an average day. But as the graphic shows the picture has been one of slight erosion over that past few surveys given that in 2009 radio’s reach was 87%. The proliferation of technology isn’t exactly helping radio listenership as […]