You couldn’t say that that, at a reach of 84% of the population, there was any real cause for alarm. But the radio picture does seem to have a particular trend to it. Perhaps, like other media, there is a touch of fragmentation happening and that more attention and listening minutes is on the digital landscape. 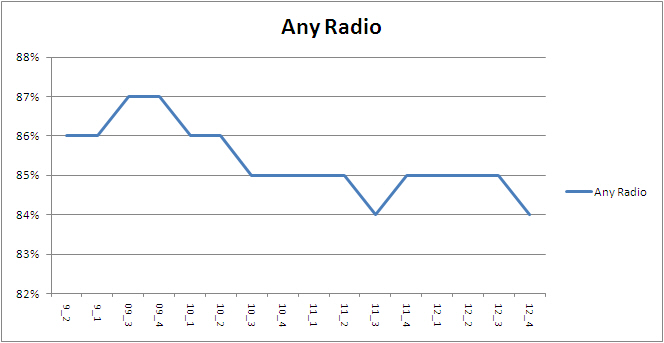 In this survey, like others in the past, the posts have been moved and can confuse us mere mortals. The estimated universe is now 3,593,000 up from 3,508,000 and therefore nearly 90,000 potential listeners have been added to the market. So, if your station numbers are up, have a glance at the percentage reach and see how that’s doing as well.

So, the final quarter of 2012 shows that radio listening is up by 50,000 and stands at a very healthy 84% reach.  RTE1 moved marginally and 2FM continued its path downwards in actual numbers but held on to its reach at 11%.

Newstalk lost 14,000 and one percentage point – the largest drop in the National picture. The Comunicorp national stable mate, TodayFM, was marginally up to 470,000 and LyricFM lost 8,000 which you can’t do on an audience of 116,000. The main gains in Radio were made in either the Home Local or Multi-city category.

The graphs below tell a much better tale, tracking the reach of the national stations over the past fourteen surveys. You can clearly see that there was decline, incline and now a small decline again. 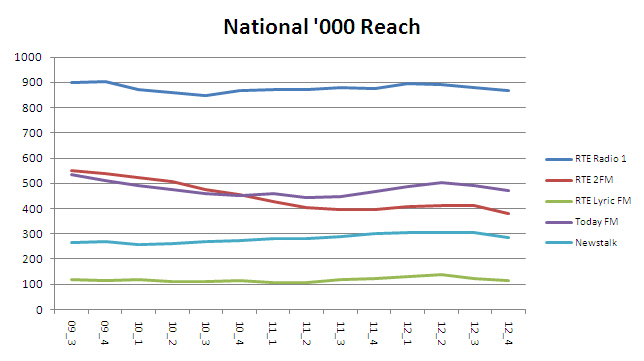 And again by % reach. 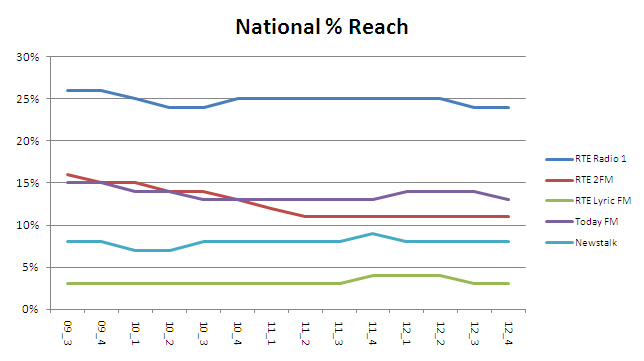 The shares tell you very little except to reinforce the dominance of RTE1 on the radio landscape. 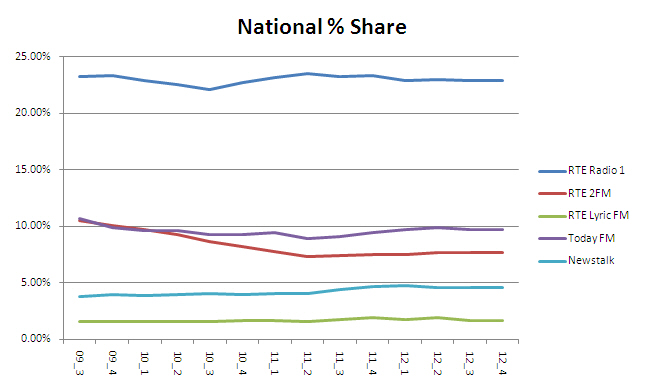 And, if you wanted the numbers behind that picture, here they are