Like the National picture, the Dublin one is dominated by the downturn in the overall radio listenership down to 77% or 800,000 people every day. This is down four points on the previous year and down 16,000 listeners on the previous book. The trend graphic is a stark picture of a declining listenership in the capital.

Out of the thirteen stations in Dublin, only three managed an increased book on book figure and only two compared to twelve months ago.

RTE1, 98FM and TXFM were the only stations to add numbers book on book which can’t be the most positive thing for Dublin Radio. From a research perspective, the sample sizes were the same in bothe books so there’s no parachute there. 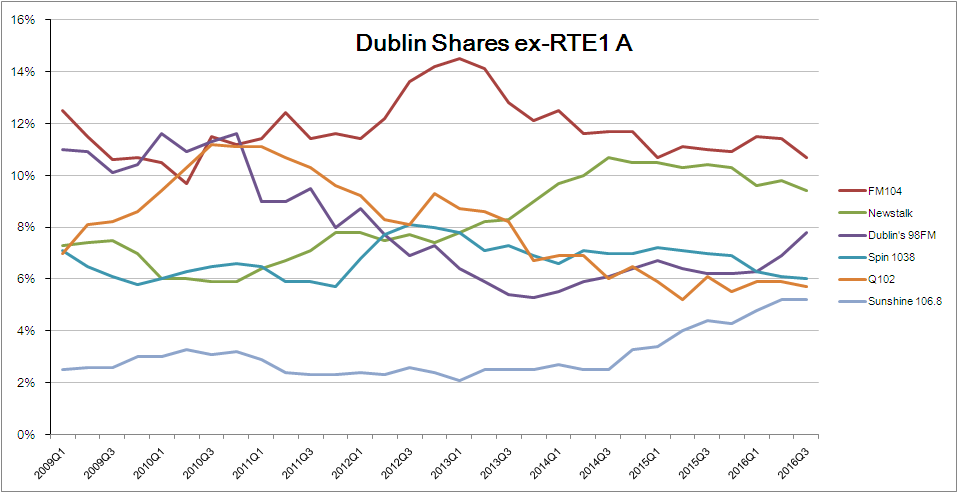 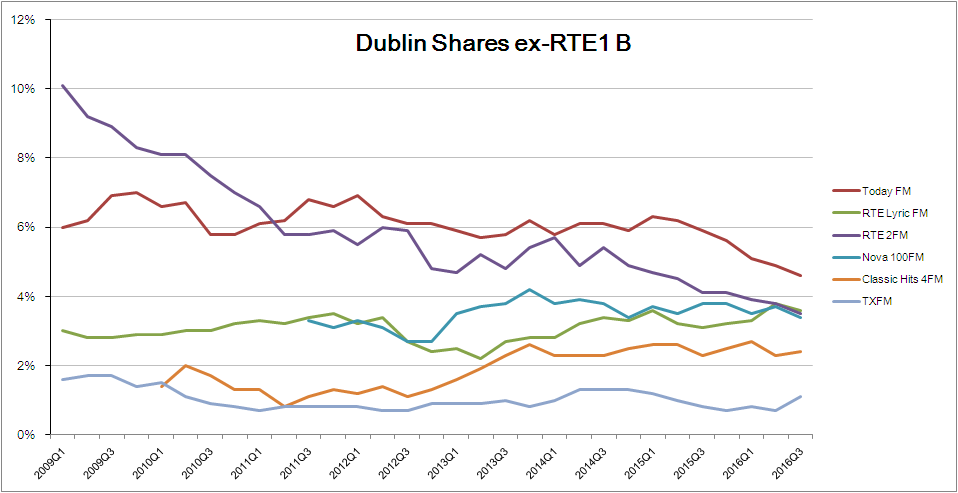 The top twenty above show that RTE1 have seventeen of the top twenty slots. A second interesting fact is that only four of the time slots have increased year on year but eight have done so book on book.

Taken a few Dublin programmes, outside the ones that will show up in other tables, and given a rundown of their performance over a few books