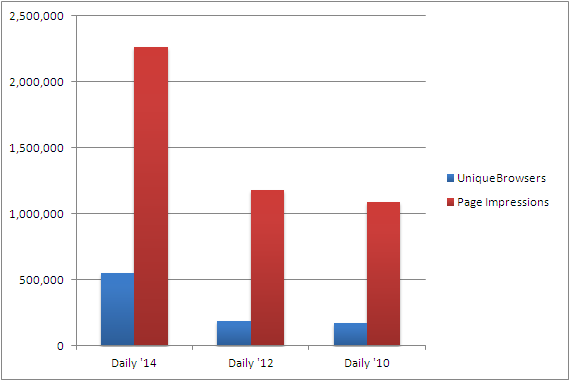 We’ve had no toys to play with lately, until this email dropped in from the ABC announcing the certification of our own independent.ie based on traffic in July 2014. Their last cert was released in March 2012 so in the intervening thirty two months something must have changed! And as much as that “thirty two […]